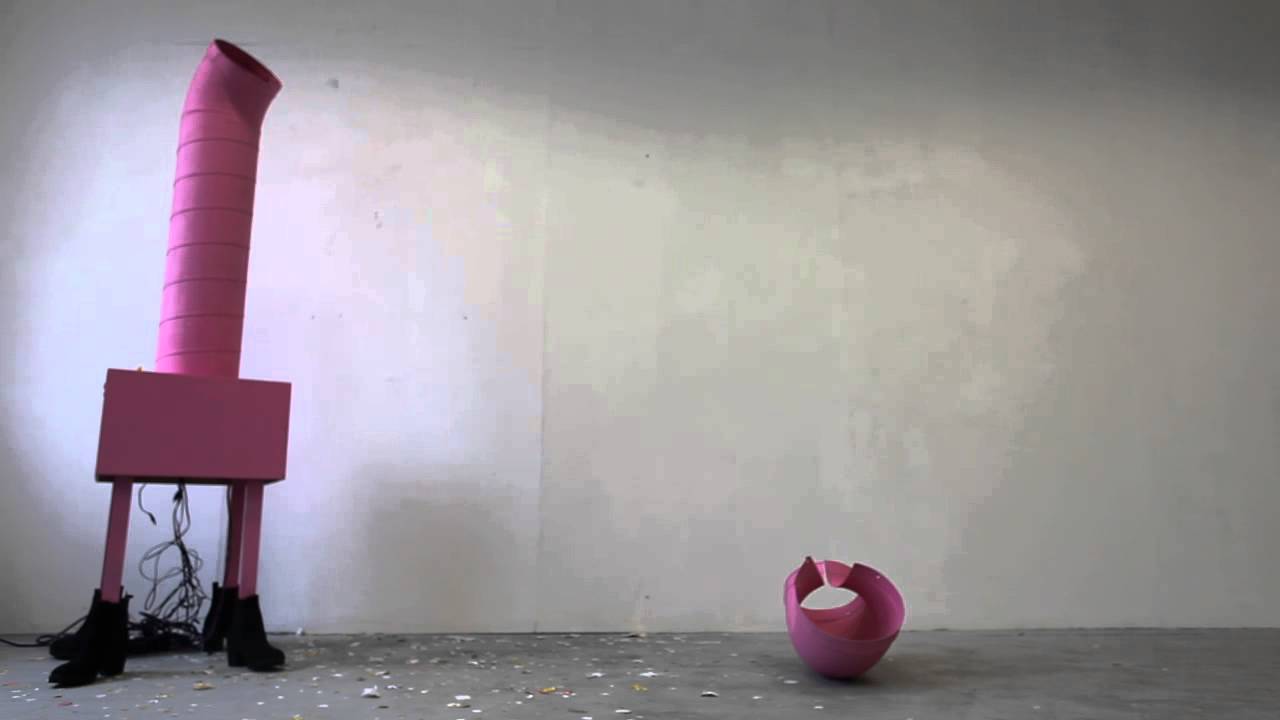 Collaboration with Harry Fletcher developing a marriage of styles and aesthetics. This sculpture is an object, an event and an ongoing piece. It shoots out flowers from the almost phallic vent. Born almost seamlessly between the two of us its both humorous and engaging hoping to extract a childish wonder and excitement from the viewer. Which then, as the piece continues to spit out flowers, turns into a distrust, as it crackles and gurgles Simply trying to function after its initial purpose the audience does not know when its going to explode next.